52:The Search for the Loneliest Whale

We are excited to announce the team is back, safe and sound, from their expedition on “The Truth.”

All we can say is WOW! It was even better than we hoped for!

Overall, the expedition was a huge success in breaking scientific ground and moving closer to our goal. Most importantly, your support allowed for some of the most passionate filmmakers and scientists to come together in the same room (boat) in pursuit of a common goal.

You’ll have to wait and watch the documentary to see if 52 was found, or not, but we are thrilled to have had such a successful mission at sea, and are excited to share more news with you soon…

It doesn’t get much better than that.

Here are a few of the highlights:

In the words of one of our lead scientists, John Calambokidis :
“The expedition succeeded in finding a major concentration of blue whales despite the warm el Nino conditions, poor weather, and low sightings overall in the Southern California Bight. Close to 100 blue whales were sighted across the multiple days including blue, fin, and humpback whales!
Some new types of tags were deployed including some components never before deployed on whales.
Data is still coming in from some of the whales encountered.
We were able to photo-ID more than 50 individuals of blue, humpback, and fin whales based on the unique individual markings, these are now being compared to Cascadia’s catalog of over 3,000 blue and over 3,000 humpback whales we can track and recognized based on their individual markings.
DIFAR sonobuoys were successfully used to get good directions to both blue and fin whales to identify the callers.”

Marine Biologist Ana Širović, added:
“Like John said, the area we were in was certainly very attractive for baleen whales. Real-time data collection at sea is always a challenge, but despite some bad luck with the weather (including broken plates and spilled milk), we had good luck with the acoustics and collected hours and hours of recordings. We were able to track many blue whale songs, we recorded a large number of their foraging calls, and we also heard fin whales. Certainly the further out we went, the more acoustic activity was recorded. We are continuing our search of the recordings from the cruise, and otherwise, for unique signals…”

On the filmmaking front, Josh and the video team recorded NON STOP- We have amazing footage that we are just starting to go through! We will be rolling out some sneak peeks in the coming weeks as well as clips from the video logs!

On the science front, our researchers will continue to analyze the data and audio recordings in the coming weeks – they have an arduous job ahead of them.

We would like to thank you, as always, for your amazing support of our project. None of this would have been possible without YOU. And remember, all of this is for our united love for the oceans.

It’s hard to believe that such an exciting expedition was only the beginning. We are excited to continue this amazing journey with you by our side.

Five years ago Director Josh Zeman first learned of the mystery of the loneliest whale in the world. At that moment he decided to set off on a mission to share this story with the world in the hopes of one day finding 52. Today, we are finally taking our quest to the water, and this is because of you.

We are humbled by all the people who came together to make this happen.

We thank the over fifty thousand active followers across our social media platforms who encourage us to continue in this effort each day; the faithful and dedicated Kickstarter backers who gave us the means and exposure to make this research a reality; our partner organizations that share our beliefs and care for the oceans; our brilliant team of scientists who we are so honored to call our team leaders – experts in the field of marine biology and bio-acoustics, bringing with them not only the technology and their expertise, but also the willingness to strive for knowledge in favor of ocean health; and finally our amazing crew and production team without which this would not be possible.

Our mission: to research this amazing whale who calls out at a frequency no other whale can understand, and to study why this happens.  This is how it will work, in the words of our lead scientist, Ana Sirovic: “During the expedition, the Scripps team will be using multiple directional hydrophones (underwater microphones) to triangulate on interesting whale calls.  When we can isolate a calling whale (maybe, if we are lucky it will be the 52Hz whale), we will dispatch a small boat manned by researchers from the Cascadia Research Collective to its location for collection of photographs to allow us to catalogue the whale and create a photo ID, collect a genetic sample, and, if we are still very lucky, deploy an acoustic tag on the animal so we can track its diving behavior.”

Meanwhile, our director and film crew will be documenting it all – above and underwater!

This is the next giant step towards our goal of opening the world’s eyes to the importance of ocean health, primarily ocean noise pollution, and the great effects that the deterioration of the waters have on creatures in them.

A few notes about our expedition :

We are departing on our vessel, known as The Truth, into the Pacific this evening!

Again, we thank you so much for your support of this project. Absolutely none of this could have happened without you.

With the expedition on track, we can confirm that the Kickstarter rewards fulfillment for Lonely Whale will take place in the Spring of 2016. 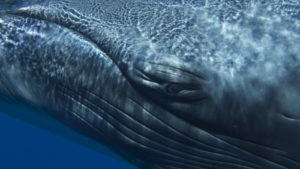 Taylor Swift has something to say about the Lonely Whale.  Here’s an excerpt from her Rolling Stone cover interview:

Swift pauses, searching for a metaphor that will help her explain herself. “Have you heard of the Loneliest Whale? There’s this whale – I think Adrian Grenier is making a documentary about it. It swims through the ocean, and it has a call unlike any other whale’s. So it doesn’t have anyone to swim with. And everybody feels so sorry for this whale – but what if this whale is having a great time? Because it’s not bad that I’m not hopelessly in love with someone. It’s not a tragedy, and it’s not me giving up and being a spinster. Although I did get another cat.” 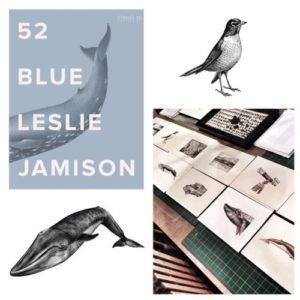 ‘He’s real, and I think we’re all damn curious about him.’

Read a gorgeous telling of 52’s story in, 52 Blue, by Leslie Jamison. An excerpt of the story can be previewed here via Slate.

( timjeffsart:  I just illustrated a book by Leslie Jamison called “52 Blue” which was published by The Atavist.com. You can purchase it for $3.99 on their site. It’s a wonderful story and project to work on. #52blue #whales #whale #ocean #story #sea #sealife #bluewhale #art #artsanity #artnerd2014 #artwork_spotlight #art_spotlight #supportart #pendrawing #drawing #ink #instago ) 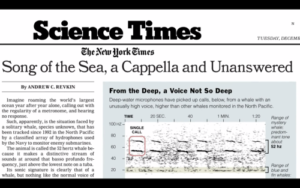 Imagine roaming the world’s largest ocean year after year alone, calling out with the regularity of a metronome, and hearing no response.” Ten years ago, a very unique, very lonely whale was recognized by the New York Times. Today, we are on a quest to find him. 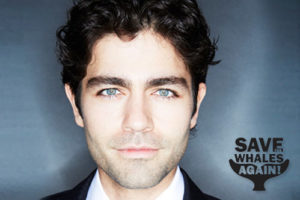 Bid now for your chance to spend the day with Adrian Grenier on the set of our film “52: The Mystery of the Loneliest Whale” this fall. All proceeds go to the support & celebration the 20th anniversary of The Whaleman Foundation. Check out the auction now for more information. 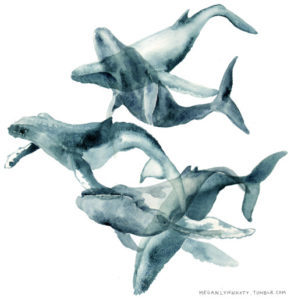